Recently, I was in my office with Sal, an eighth grade boy who was complaining about being bored after school to his mom, Darlene, and me. “There’s nothing to do except gaming and you only let me do that for an hour. What else am I supposed to do?” His mom gently suggested going back to some activities that had previously interested him—guitar lessons, indoor soccer, swim team, improvisational theater classes. “No, no, no.” His mom turned to me and said: “I used to do this to my mom. She called it ‘Shoot ‘em up, and knock ‘em down.’ There’s never a right answer.” 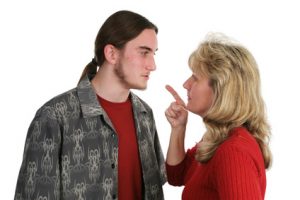 I wondered aloud if his ‘No’s’ actually meant ‘Forget about it’ or ‘I’m not sure and need to think about it.’ Indoor soccer and theater were hard ‘No’s.’ Guitar and swimming were more of an ‘I’ll think about it.” I asked him why he doesn’t just say that and he shrugged, “I don’t know. . .I just can’t think about all that stuff at once.“ We talked about how saying ‘No’ flat out like that gives him space to think about something without any pressure. The gears in my mind immediately started turning.

Due to working memory and/or processing speed challenges, kids with ADHD often feel overwhelmed—emotionally, cognitively or socially. They simply lack adequate amounts of dopamine and norepinephrine in their brains to help them process and recall information efficiently and keep up with all of the activity around them. But these are mostly unconscious cognitive processes that kids struggle to articulate.  Instead, what most kids tell me is that they simply feel flooded and agitated. 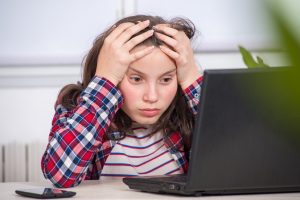 While they try to muddle through and manage these feelings at school or with friends, at home they don’t feel obligated to hold it together. As Sal once told me, “I’m not going to be suspended from my family.”They don’t have to hold it all together with people they know love them and who they love too (despite any actions to the contrary).

In a calm moment, sit down with your son or daughter and talk about ‘NO.’ Put on your Sherlock Holmes hat, take out your curiosity and gather some information. Is saying ‘NO’ about setting limits, being contrary, slowing things down or something else? Maybe it’s a combination of things. Brainstorm alternatives to ‘No’ that include coming up with a few words or phrases to use when they need time to think about something. 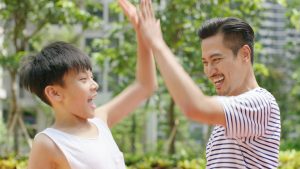 Remember: practice makes progress.  Try to acknowledge and validate any and all efforts your child or teen shows.

Prioritize it! Teaching kids the difference between NOW and LATER

Why did you post THAT? Smart Screen Parenting for Kids with ADHD

Forget freaking out: How to Parent Panic Attacks in Kids with ADHD