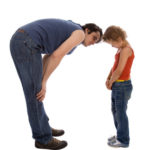 How many times have parents of ADHD kids heard them say, “I’m sorry” but it didn’t feel like they really understood what they had done? That it didn’t feel genuine? Most Adhd kids harbor feelings of being wrong or doing bad things from an early age. They likely have been admonished at school and at home numerous times for: impulsivity, being overly active, daydreaming or social awkwardness. Basically, they are reprimanded for doing things which have seemed nearly impossible to be in their awareness or control. Apologies are just one more thing on the long list of what they should do better and usually aren’t a big priority.

In my clinical practice, I often play games with ADHD children and teens while we talk about issues in their lives. Yahtzee, Battleship, Checkers, Uno are longstanding choices. But my favorite game to play with my clients is Sorry. I love playing this game because it is always interesting to me to see how each person proceeds to say it. We set the ground rules for saying “Sorry” at the very beginning and they are simple: You must look the other player in the eye and say “Sorry” directly and clearly. That’s all there is.

Here’s what is fascinating. Some kids cooperate easily and with good humor.

Others have a lot of trouble following through: they will mumble, avert their eyes, say it as fast as they can or omit saying anything at all. Over the years, I have observed that most of the ADHD kids who struggle with simple apologies during the game also struggle at home, at school or with friends with personal accountability. They often harbor such a deep sense of shame about their various misbehaviors or mistakes that apologizing is just too painful. So, when arrive at the “sorry” part of the game and I see them avoid it, I try to turn it into something playful before addressing their discomfort later more directly. Then, we can talk about how to give real apology and mean it: using eye contact, tone of voice and volume. 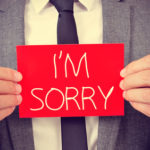 As adults, we realize the importance of accountability, humility and the acknowledgment of our errors and our limitations in the context of maintaining and nurturing our relationships with family, friends, colleagues, etc. Often, it isn’t so easy for us to apologize for own our hurtful words or actions. So, it makes sense that ADHD kids and teens are not only reluctant to be, in their own minds, wrong AGAIN but at some level, very accustomed to having committed yet another mistake. They frequently want to say a quick “Sorry”, get it over with and move on. How can we teach our ADHD children and teens to do better without shaming them further?

Sometimes just asking for eye contact and a thoughtful “I am sorry because . . .” can be enough. But at other times, something more may be called for. I like Apologies of Action because they integrate words with doing. Some people call this “Making Amends.” Either way, it is a collaborative, teaching process: your ADHD child or teen learns that their speech and actions affect others and that reparations can be made. When she says or does something hurtful, she needs to make her apology meaningful—not just a throw away. This requires a combination of a verbal apology and doing something to help the person. 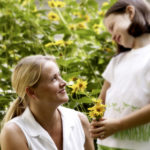 For example, one ADHD teen I know was driving his parents’ car (with their permission) and backed accidentally into a mailbox in a snow bank. He felt terrible but couldn’t make a real apology which infuriated them. When they sat down to talk about the next day, he shared his embarrassment, guilt and regret about the accident. The parents accepted his apology but also asked him for his participation in repairing the car. He met with his father and the insurance adjuster to report the incident. He went with the mother to get an estimate on the damages to the car. He wasn’t allowed to drive the rental car so he had to bike places instead. In the end, he told me that it “turned out okay. I was surprised. I learned about what to do if this happens again and I showed my parents that I really was sorry.” In another family, if their ADHD daughter breaks her sister’s Lego creations, she has to apologize and then work with her to rebuild something. The actions logically follow the affront.

I encourage you to think about how you can assist your children or teen in learning to make sincere apologies and following them with actions when appropriate which isn’t all of the time. These aren’t punishments; they are efforts to make amends. Pick and choose the moments when you use Apologies of Actions based on when a simple, genuine “I’m sorry” is enough.

Giving Thanks: 3 Ways to Express Gratitude During the Holidays