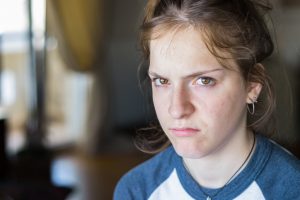 Let’s face it: the past 18 months have been rough. For kids and adults living with ADHD there’s been more challenges than ever managing disappointment, frustration and anxiety. As we transition to opening up, it’s worth learning from those struggles and angry outbursts that might have arose. It’s time to re-thinking our relationship with anger.

Everybody has those moments when a switch suddenly flips and a volcano of angry, negative emotions erupts. Before you know what’s happening, you say or do things that you’ll surely regret later, but can’t stop. Relationships, school and work are all affected by this emotional dysregulation. Why does this anger occur? What can you do differently this summer to cope with it when it arises?

Coping with Anger and the Amygdala Takeover

The amygdala is the fight or flight organ in the emotional region of the brain. The prefrontal cortex, on the other hand, is the seat of executive functioning skills, often referred to as our thinking brain. When the amygdala becomes activated, it takes over running the brain and the prefrontal cortex goes temporarily offline. Feelings rule the day as adrenalin courses through our bodies, ratcheting up the intensity of our reactions, words and behaviors. 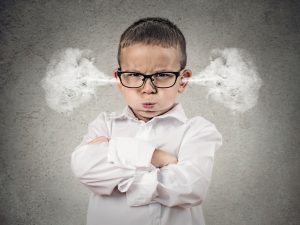 To re-stabilize, you have to stop this flood by slowing down your breathing, heart rate and blood pressure and power up the thinking brain. In ADHD brains where executive functioning challenges often outnumber strengths, the extra burden of effectively dealing with a rush of strong emotions, such as anger, can be especially tough. Both kids and adults with ADHD may react quickly with volatility instead of responding more patiently with consideration.

When there’s an amygdala hijack, people need enough awareness to keep it from steering them into a tailspin. This is especially difficult for maturing brains with ADHD. Many kids, teens and emerging adults simply do not have the ability to slow themselves down to prevent outbursts. ADHD can make exerting impulse control even more difficult.

Developing awareness of anger starts with body awareness. Help them reflect on and notice the physical signs that let them know they’re about to erupt. What is happening inside their body when they’re not agitated? What’s different when they’re worked up? Maybe their heart starts beating faster or they begin perspiring. Perhaps they speak louder or breathe very fast. Do this for yourself, too.

We want to teach kids how to identify the signs of anger building up inside of them. We also want to provide tools they can use to slow themselves down before outbursts. Research has shown that it takes the body 15-20 minutes to fully recover from an amygdala takeover. Many children and teens have told me that they dislike the term “calming down” but prefer “slowing down” because it makes more sense to their lived experience with ADHD. 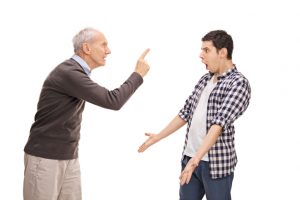 In order for any techniques to work, kids have to practice regularly and when they’re not in a crisis. This is why body scans, meditation, journaling, coloring, listening to music, jumping on the trampoline, listening to stories, etc. are important activities to engage in regularly. Once a day or a few times per week, pick 15-20 minutes of Slow-Me-Down practice sessions. Before bed can be a great time because you get a double win: building skills and slowing down before sleep.

In the moment of an angry outburst, you need a strategy. Having a plan for anger and explosions gives everybody in the family predictability about what will happen and what to do when they occur. This strategy promotes several executive functioning skills that your child or teen really needs, such as impulse and emotional control, shift/flexibility, planning/prioritizing and self-evaluation (metacognition). Instead of being surprised each time emotions heat up and improvising when you’re also upset, rely on my newly updated STOP-THINK-ACT sequence.

Respond to Anger with STOP-THINK-ACT:

1. STOP – Call a break in the action and implement a predetermined ‘Time Apart.’

Have a cue ready for angry outbursts. Create a signal for the family so everybody knows when to begin the slow down process. Younger children might be uncomfortable with separation or self-soothing and may prefer being with you for a hug and a story. Tweens and teens will likely be happier to go to their room.

Using Time-Aparts effectively depends on knowing what triggers your kids and YOU when there’s no meltdown. Write down a list of alternative activities or self-soothers and post it on the refrigerator and in your kids’ rooms. Set a timer and take some space yourself.

If you are struggling to keep your perspective, use my secret: go to the bathroom. Take a few minutes to center yourself. Breathe, wash your hands and say something encouraging to yourself like “You can do this” or “You’ve been here before, you’ll survive this too.” Wash your hands and breathe until you’re feeling a bit calmer. This works every time for me, no matter what chaos is happening on the other side of the door.

Once the family volcano has quieted down, the anger has calmed, and your timer has gone off, you’re ready to move to the THINK phase.

2. THINK – This is a time to come back together and listen, really listen, to what your child or teen is telling you. 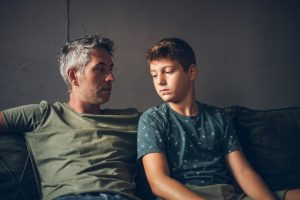 Ask them to review what happened and what they would have wanted to do differently. Reflect back what you hear them say. See if they can use “I” statements. Ask them to share their experience, feelings or observations.

This is NOT the time to teach anything. Your job is to acknowledge their reality, their feelings of anger and other emotions, and talk about what you noticed occurred as neutrally as possible.

Be accountable yourself, honestly talking about what you might have done differently and wondering with them about possible alternative actions on their end. You can summarize what you hear but there’s no interruptions and no blame. Once everybody has spoken and felt heard, it’s time to figure out how to move on. You are ready to ACT.

3. ACT – This is when you brainstorm ideas and use problem-solving techniques to go forward.

Your focus is on figuring out the NEXT RIGHT THING to do. Ask them,  “Where should we go now? What do you think we should do?” Whether it’s an apology, making amends, cleaning up a mess or agreeing to disagree, start by meeting them where they are.

You’re not lecturing them about outbursts or what they did wrong. This isn’t the time to discipline them or explain the future pitfalls of whatever poor choice they made. Instead, you’re collaboratively identifying the next logical step. You are demonstrating how to practice the self-control and compassion you’ve been preaching. You’re pivoting away from anger together.

The time for teaching a lesson about anger, explaining a logical consequence to outbursts or offering feedback is later. Good times for this can be before bed, when your son or daughter is open to talking or at a meal several hours from now. Maybe it’s on a walk with the dog later or the next day. You want your child or teen to stay emotionally regulated and avoid another provocation.

When everybody is settled, moving forward like this allows their brains to stay modulated and keeps a recurrence of the recent amygdala hijack at bay. 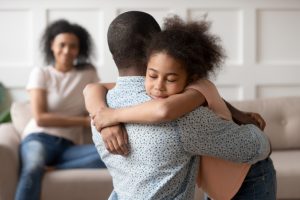 Gender, Sexuality and ADHD: Parenting Children and Youth with ADHD Exploring Their Gender and Sexual Identity

Dads with ADHD: How to use your unique strengths to assist your kids

ADHD and Anger in the Family: Manage Outbursts with STOP-THINK-ACT