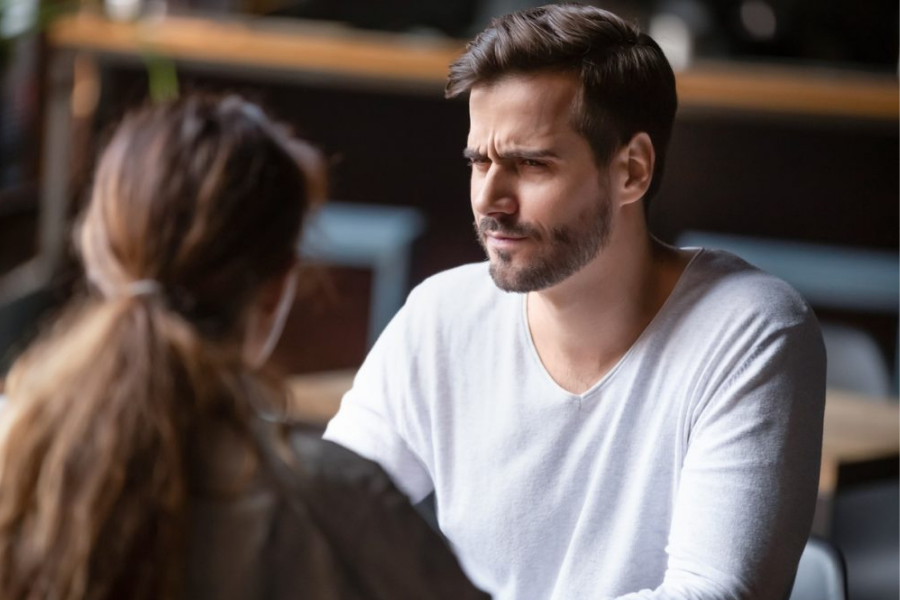 It’s a sad but true fact. Many people still, even after the surge of ADHD research over the past 30 years, don’t believe it’s real. Whether they are misinformed about – or deny – the existence of neurodiversity, their denial likely affects you in some way at work, school, religious groups or social functions. Dealing with doubters means educating them instead of responding to them with anger, frustration or avoidance. Whatever blame, shame and criticism you receive from the doubters in your life tarnishes your relationships. When they deny your reality, they minimize your experience. Support yourself and your neurodiverse kids by challenging myths with these facts.

5 myths commonly believed by ADHD doubters, and why they’re not accurate:

ADHD traits have been recognized and studied for centuries. 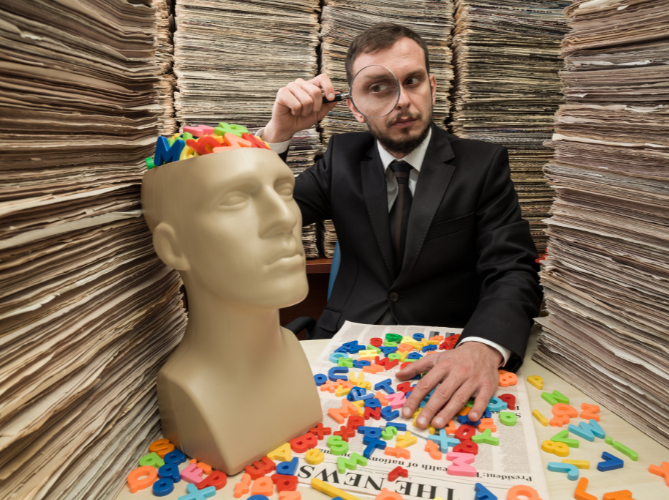 The first time a disorder resembling ADHD appears in history is with findings by Scottish physician and author Sir Alexander Crichton in 1798. Since then, reports of ADHD-like traits have been discovered throughout history with neurodivergent explanations and types of treatment. The American Psychiatric Association did not recognize ADHD (as hyperkinetic impulse disorder) until 1968, in its second edition of the Diagnostic and Statistical Manual of Mental Disorders (DSM).

In fact, it took until 1937 for medication to be formulated for ADHD, and it was discovered completely by accident. Dr. Charles Bradley was originally tasked with creating something that would alleviate headaches in children under the care of staff at Emma Pendleton Bradley Home (now Bradley Hospital in Road Island). It was the first children’s psychiatric hospital in the nation.

ADHD has had many names.

Previous names used to identify ADHD before its current definition was set forth include:

Researchers in the 1970s observed that hyperactive children are likely to experience chronic inattention issues. Both symptoms improved with stimulant medications. Thus, the third edition of the DSM outlined the meaning of ADD in 1980.

More research and awareness has led to more diagnoses.

Because there was a more thorough and accurate diagnostic description, and the terms have become more common in households around the world, official diagnoses started climbing in the 1990s. More parents were able to recognize symptoms in their children. There was also increasing awareness in the medical and expanding mental health fields.

The most recent definition of ADHD was outlined in DSM 5 in 2013. This current description of ADHD in the DSM 5 outlines hyperactivity/impulsivity, inattention and other factors that are specific to people with ADHD. The Centers for Disease Control and Prevention (CDC) gives more details on diagnosis factors, allowing the general public to be better informed when it comes to caring for and interacting with people with ADHD.

ADHD is not at all caused by a lack of discipline for children and teens. 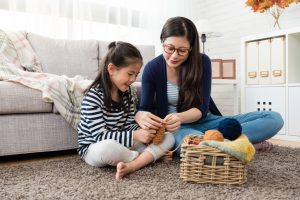 ADHD is a biologically based condition. According to the CDC, it is the most common neurodevelopmental disorder of childhood. Additionally, it is the most highly inherited mental health issue reported, as over 50% of adults with ADHD will have a child with ADHD. If one child in a family is diagnosed with ADHD, there is a 33% chance that another child has – or will have – it.

ADHD is not just hereditary. Often, difficulties during pregnancy or premature delivery can cause your child, and other children down the line, to experience symptoms. Prenatal exposure to ethyl alcohol, drugs and tobacco are all exposure risks that could impact the neurodiversity of children. Teach your children about these risks as part of supporting a healthy lifestyle.

Myth #3: ADHD is over-diagnosed and medication is over-prescribed.

More research and awareness has led to more diagnoses.

As we discussed earlier, it was just a few decades ago that the medical community really got a grasp on this condition. A lot of research is recent and ongoing. So, of course, there were fewer diagnoses until more recently. At the time of this article, around 10% of children in the United States are diagnosed, with a reported 5% worldwide. The rate of adult ADHD diagnoses is 6.76% and steadily rising.

Getting an ADHD diagnosis isn’t easy.

The ADHD diagnosis process, and what it takes to get there, is complicated and thorough. It’s more than filling out a form. Rather, it involves a complete history and assessment of cognitive abilities, learning capabilities and attention.

Medication is more stringently prescribed than in the past. Studies have found that when kids and adults with ADHD are given appropriate medications that work for them, medications reduce the need for substance abuse, or self-medication.

It is important to remember that medications do not help everyone who has ADHD. Some people can’t tolerate the side effects or don’t see noticeable positive changes. Of course, pills don’t teach skills. The most effective treatment has been found to be a combination of medication and cognitive behavior therapy, family dynamic and personal education that includes (sometimes extensive) parent training.

Myth #4: Most kids with ADHD outgrow it.

While children diagnosed with ADHD do have the ability to outgrow it, that is not always the case. 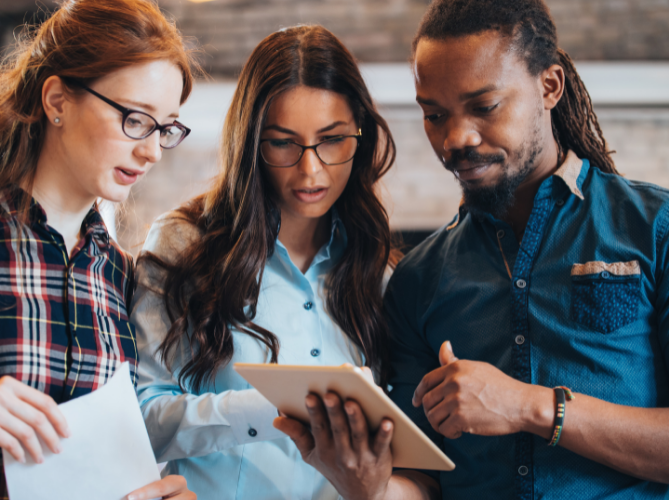 In fact, only around 20% of early diagnoses tend to outgrow their symptoms. In addition, adult ADHD can be more complicated to diagnose, especially in women. Just as the tools to identify ADHD in kids have become more robust over the years, the measures to assess ADHD are better understood and more reliable. However, because of the recency of these developments,  some adults who were told they had ADHD as kids may have been misdiagnosed or their symptoms were (due to a lack of information) completely overlooked in their childhood.

Another very likely factor is that adults have developed personal strengths and habits over the years to help them live more effectively. They simply have more choices and autonomy than children and teens. They can change their environments – home, work and otherwise – and encourage themselves in different, more sophisticated ways. For these reasons, ADHD symptoms may be less likely to interfere with their everyday life.

Myth #5: ADHD is actually a lack of self-discipline.

ADHD is a biologically-based disorder related to the neurotransmitters dopamine and norepinephrine.

ADHD is a chronic condition marked by many notable symptoms, including persistent inattention, hyperactivity or impulsivity. While these traits can exist in neurotypical children, teens and adults, they are often observed more frequently and at a much higher intensity in those with ADHD compared to others in similar age and cultural groups.

ADHD is often associated with the belief that there is a lack of self-discipline and inability to participate, focus, or achieve. There is an overall misconception that people with ADHD are lazy and unmotivated. It just isn’t true. It’s not about laziness or purposeful distractedness. In fact, I don’t like the word “lazy” at all! 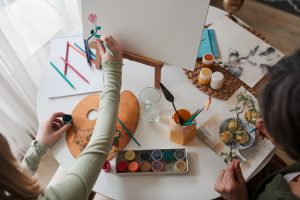 It is common that people with ADHD focus more easily on things they like or excel at. This is a trait we can all access to some degree, an indescribable satisfaction with a project or outcome. The focus on this idea or that result is derived from an interest in the activity itself, and the satisfaction of the journey. More engaging activities do find more appeal.

People with ADHD often find lengthier pursuits, things that require concentration or more time on the finite, overwhelming and daunting.

These types of activities include work meetings, classroom lectures, loud events or shows, homework and an array of athletic endeavors. Even with the benefit of of  hyperfocus, folks show adverse feelings toward completing projects, homework sheets and forms. Often, people of all ages with ADHD find the ability to focus on more interactive pursuits like video games and television for more extended periods of time. These activities are inherently captivating – the rewards are built right into them!

While defending the existence of ADHD can be a bit complicated sometimes, it is definitely worth knowing the facts. Have a few go-to facts to rely on when you need help the most. Create a few phrases based on this information that you can use when you encounter a doubter. To keep up your morale, make sure you keep people who acknowledge the truth of ADHD and know about it near and dear. The more support the better!!

Home Study Seminar: What Your Child With ADHD Wishes You Knew and How You Can Help

Summer Vacations with ADHD: 5 Beat The Heat Tips for Families