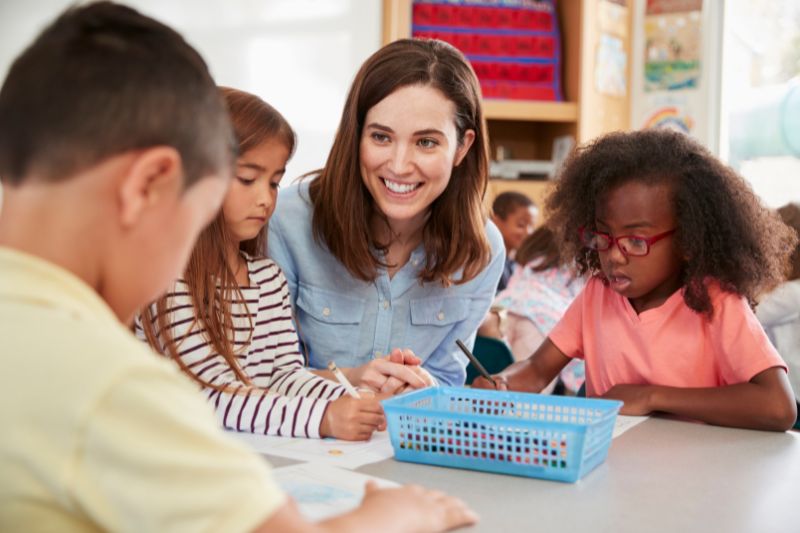 As the digital world plays an ever-growing part in our lives, it is more important than ever to help children establish healthy media habits. A balanced media diet begins with the understanding that screen use is a privilege, not a necessity.

As the parent, you define values and expectations around technology usage for yourself and your family. Children and teens, whether they are neurodivergent or neurotypical, need guidance for managing their use of apps and gaming but also for texting and watching television. Kids with ADHD may require some extra support in managing screen time and transitioning to other activities. A healthy relationship to the digital world includes time for non-screen activities, getting together with friends, applying yourself in school and pursuing hobbies. Finding the right balance between digital and non-digital activities can be a tall order. I’ve compiled 6 hacks to help parents and children create lifelong healthy media habits.

The Basics Of Healthy Media Habits 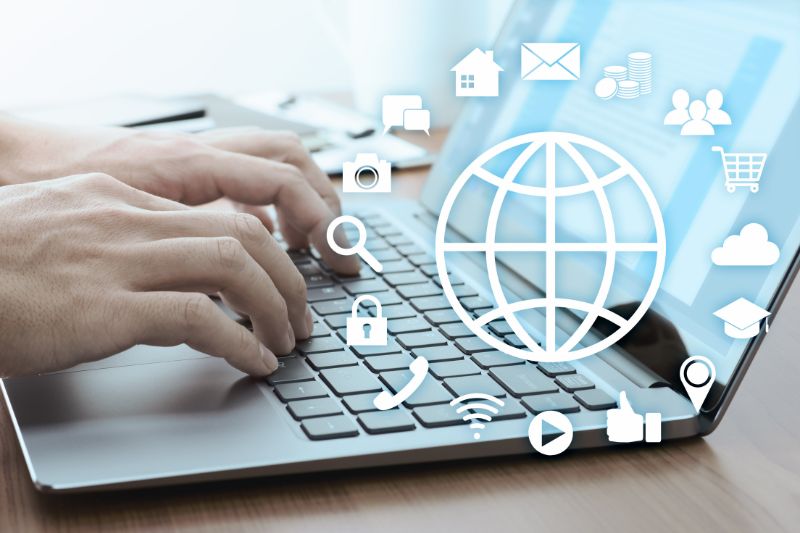 Just as with nutrition, a healthy media diet involves moderation and flexibility. Work with your family on clarifying expectations and defining good media habits. Be sure to talk with your ADHD tweens and teens about good digital citizenship and online safety. Most schools and libraries have materials on these topics. Collaborate with your kids on a screen time plan but be clear that it is ultimately the parents’ responsibility to set guidelines for media usage.

Whatever plan you come up with for your family, try to be as consistent as possible in implementing it. Be prepared to make adjustments along the way when circumstances and needs change. Neurodivergent kids may rely more on electronics for social interaction or as a way to manage stress or anxiety. Try to be understanding and compassionate about these needs in your child. Devices and media have a big role in your child’s life, so help guide them toward healthy habits.

1. Recognize your own relationship to technology

Many adults are as constantly tuned into their devices as their kids are. Alyah, age 13, recently told me: “The thing I really don’t like is when they ‘get off of your phone’ but what are they doing? Watching dancing bird videos or going on their Facebook when we’re hanging out before bed.” Try to model the screen behaviors you’d like to see by practicing healthy media habits. Limit online scrolling, texting friends or shopping to times when your kids aren’t around or are otherwise occupied. ‘Just checking your phone’ appears as ‘checking out’ to children. Kids, even teens, will act out to get your attention so try to give it first and avoid the drama.

2. Collaborate to create a digital routine 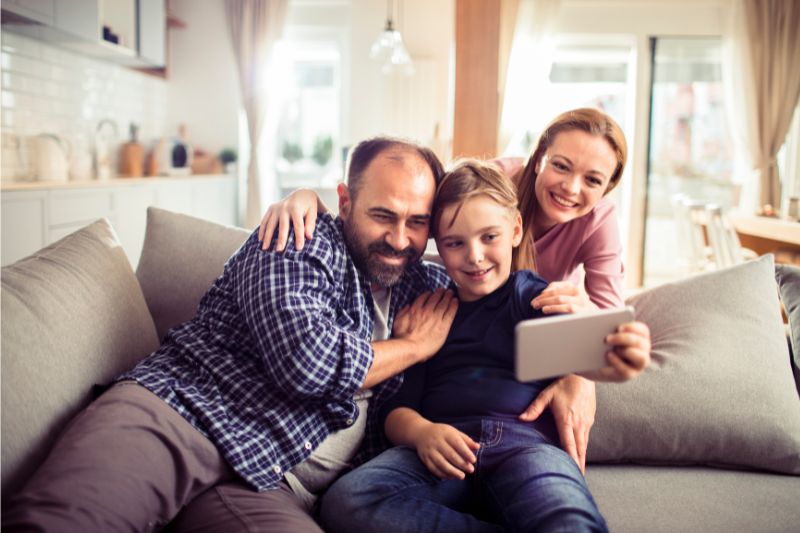 Since everybody dislikes family arguments, reducing conflict about technology and including kids in your plan to do this increases their motivation and cooperation. If they believe that having a screen time plan will result in less “nagging” from you, they will be more likely to participate. Use my Easy On/Easy Off method. Think about a goal for total media time that you would like for your child or teen. Let’s say the number is three hours per day not including school work. Sit down with them and ask them how much time they would like. Perhaps they say five hours per day. Now the negotiations begin, recognizing that all screens are not created equally. Television doesn’t equal gaming which doesn’t equal discord.

Break things down and figure out how much time they want for various devices or activities. Can you meet somewhere in the middle to create a healthy media habit? Maybe three hours is given daily as long as screens are used appropriately (no sneaking at night, no posting rude or disrespectful content, etc.) and the fourth hour is an earned incentive. I recommend that screen time includes the completion of homework, chores or other responsibilities.

Talk about when and how this time will occur and write up a contract. Meet weekly to assess your plan and make any necessary tweaks. Remember that a good compromise means everybody is a little unhappy.

3. Rely on the bonus time

That fourth hour is your golden carrot–the shiny, valuable reward that kids desire. How do they earn this bonus? That depends on your child or teen and what types of assistance they need in managing their devices. Perhaps they refuse to stop gaming when their time is up and yell at you; maybe they insist on texting during dinner; perhaps they refuse to turn over their phone at bedtime as agreed upon.

Many kids with ADHD struggle with transitioning off their phone, computers or television shows without vigorous protesting. You can incentivize desired behaviors by earning extra time that can start in increments of fifteen minutes and go up to that golden hour.

To improve transition behaviors,  give them a 15 minute and a 5-minute warning while making eye contact and asking them to repeat what you have just said. At first, getting off on its own may be the goal, even with yelling, to earn some bonus. Later, when that’s working regularly, raise the bar to get off their screens with no yelling. If they do not earn the bonus, then that’s it. Don’t negotiate or threaten. Stick to your agreement, regardless of whatever desperate tricks they try to change your mind. When they cooperate, give them lots of specific, positive feedback so they will want to repeat it. 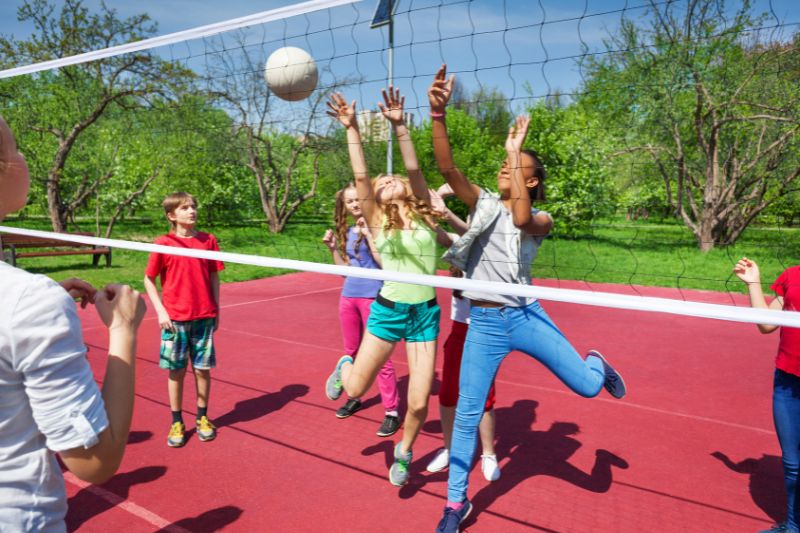 Many kids with and without ADHD will tell you that there’s nothing else to do other than be on their devices. Brainstorm a list of alternatives to help your kids create a healthy media habit and post it in the kitchen. While tweens and teens may complain about the uselessness of the list, do it anyway.

They will need something to refer to at some point. Consider saving some of their screen time to watch a nightly show with you or spend time doing a puzzle, playing a game or baking together. The ADHD brain is a now or not now brain so we can’t expect our kids to find alternative, low dopamine activities on their own when they are struggling with stopping whatever is giving them so much satisfaction and pleasure.

5. Decide where screens live at night

Although the American Academy of Pediatrics recommends that electronic media (especially phones) stays out of kids’ bedrooms at night, for some families this isn’t possible. If you are a single parent and you work nights, your teen may need a phone to reach you. It’s a matter of health and safety. 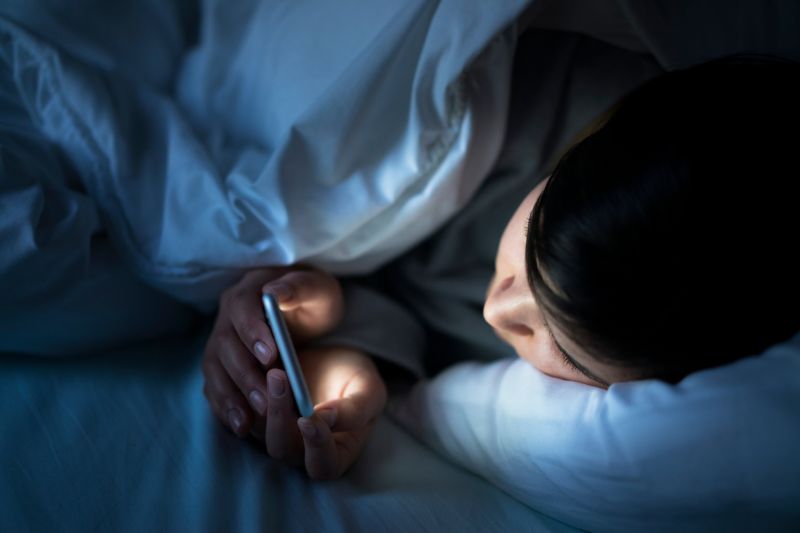 But for other families whose children or teens sneak screens at night including watching television or movies on the computer or texting with friends at two o’clock in the morning, it’s not possible for them to exert the impulse control and maturity they need to monitor screen use. Sometimes parents have to keep devices in lockboxes in their bedrooms or turn off the internet at night. Ideally, it would be great if you could set a time for your youngster to give you his phone before bed and pick it up in the morning.

In the process of figuring out their identity, tweens and teens compare their insides to other people’s outsides. Help your tween or teen reduce the myth of perfectionism by learning to pay more attention to their strengths than their challenges. Identify areas of competency, interest and fun. What lights them up? We want to nurture these aspects and build self-confidence. Talk about what real friends are and who they are. How can your child spend more time in person with these folks and listen to what they say rather than what’s stated online. Remind them that images and stories on social media are consciously crafted–nobody posts a disappointing test score or a picture of an acne breakout. Help them create a healthy media habit by limiting time on or getting rid of apps that make them feel bad about themselves. 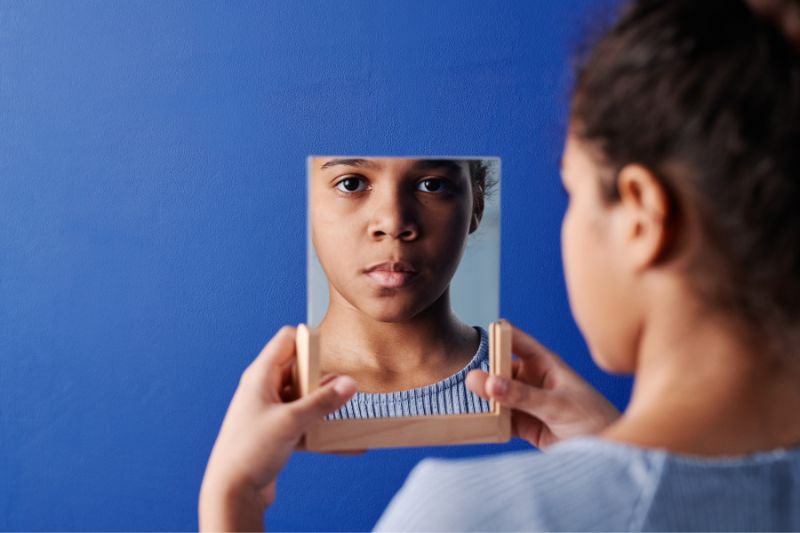